A not for profit, Art, Theater & Entertainment Group 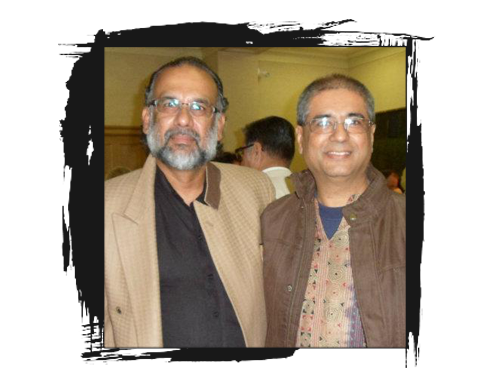 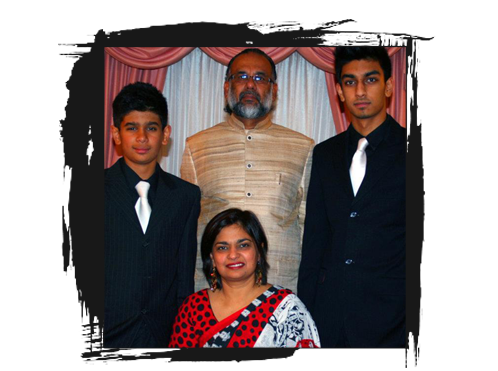 Jawaid Danish (Artistic Director)
Since immigrating to Canada from his native India, Jawaid Danish has become well known In literary circles in and around Toronto, especially among theatre lovers as an ambassador of Eastern values and theatre.Having graduated with a B.A.(Hons.) degree in English Literature & Drama from Aligarh Muslim University in India, Jawaid became a radio and Television artiste in Kolkata in 1978. Here he received a scholarship from a newspaper to write a travelogue of Europe and North America. In pursuit of this career he travelled widely and his travelogue appeared in Kolkata and New Delhi newspapers and some magazines in regular instalments to wide acclaim. It was so popular that later it was published in book form under the title “Aawargi” (Wanderlust).

A celebrated author of 12 books in Urdu, Jawaid’s repertoire includes travelogues, poetry collections and drama. He prefers to write in Urdu which is his mother tongue, but his plays has been translated into English, Swedish, Hindi, Bengali and Kannada. The trials and tribulations of immigrant families in Canada is a recurring theme in his plays, addressing wide-ranging topics from AIDS , Cancer and Mercy Killing to satires on arranged marriage. These contemporary subjects appeal to the myriad cultures of the Canadian mosaic and are appreciated in print as well as on stage. Some of the plays from his award winning book “Hijrat Ke Tamashey” were adapted for a 13-episode serial produced by Omni 2 T.V. in Toronto in 2007, with reruns in 2009, 2010 and 2011.

Jawaid Danish is the founder and Artistic Director of RangManch-Canada, a not for profit theatrical group which promotes Indian theatre in Canada. He organises the Hindustani Drama Festival annually, showcasing the varied and rich heritage of Indian theatre. RangManch-Canada thus endeavours to acknowledge and bring together the many languages and cultures in our diverse communities.He has received numerous awards and recognition world wide, among them The Civic Arts Award-Pickering 2010, South Asian Theatre Festival Award – New Jersey 2008, and the Shiromani Sahitya Award – India 2007, to name a few. He has read and presented his plays in the Universities of Delhi, Kolkata, Lucknow, Dhaka, Karachi, Sweden and Tokyo, and participated in panel discussions and theatre festivals abroad, always proudly representing Canada.

Jawaid strongly believes that in this age of chaos and confusion theatre is a great source of comfort and healing. Under his leadership, RangManch-Canada truly does represent theatre for peace, purpose and passion.

Kamran S Rizvi
Mr. Kamran S Rizvi has done Masters in Business Administration. He is working as a Store Manager for the Lumber Liquidators Inc. He is an Artist, calligrapher and an actor. He and has displayed his art work across Canada. He recently acted in Jawaid Danish’s Telefilms “Bara Shayer Chota Aadmi”. He enjoys traveling and has visited Far East, Southeast, Middle East, Europe and North America.